Texas Wesleyan on lock down and zombies quarantined

On this overcast Wednesday morning, several bloody looking zombies were cited by multiple people at 9:32 a.m. in the basement of the Eunice and James L. West library at Texas Wesleyan University.

Authorities were notified and The Zombie Task Force, comprised of campus security, entered the scene to prevent any attacks.

Michael Brown the Leader of The Zombie Task Force said that they neutralized the threat, however could not confirm that the zombies were dead.

“Right now we’re waiting for the coroner to confirm that they have been killed,” Brown said.

Quickly after that occurred, several zombies attacked from the west side entrance of the library and infected a couple of students and a camera man who was on scene with reporter Dalton Martin, trying to video the chaos.

Martin said that both he and his camera man were cornered and that he was lucky to come out of the situation with his life.

“I just want people to remember him,” Martin said. “He has a wife and family and he was a good guy.”

A press conference held at 10 a.m. in Bragan Fellowship Hall by Tori Johnson, head of communications, said that President Frederick Slabach is safe and that the task force is currently working to contain the student union building and the library.

“No one knows how the infection started or how it is spread at this time and we currently do not have a cure for it,” Johnson said. “The campus is working with medical personnel to help with the situation.”

Another press conference held at 11 a.m. confirmed the situation further and Johnson said as of about 10:20 a.m. all zombies were contained through sedation and isolation and were being cured by a protein converter, and that Wesleyan is on lockdown for 72 hours.

“We’re going to have gates around all resident halls and armed guards to protect the students,” Johnson said. “A medical examiner has been brought in from Dallas to help our current medical personnel as well.”

Johnson classified the outbreak as a sexually transmitted disease from patient zero, biology student Willie Fokker, which spread to the next patient through blood or saliva most likely from a bite.

“The total number of known infections is 20,” Johnson said. “The virus is being called Z1N1 and it deprives the body of oxygen.”

“Everyone should remain calm and stay indoors,” Johnson said. “Further information will be provided at tomorrow’s press conference in Bragan hall at 10 a.m. If you have any more information contact me at (817) 555-5555.” 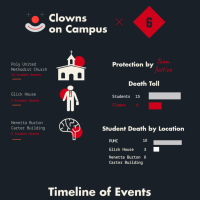 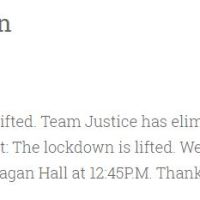 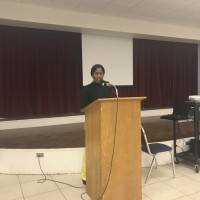 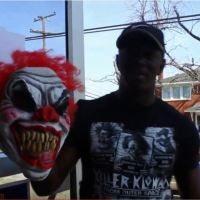 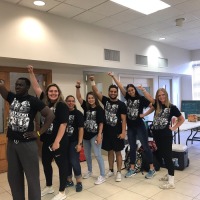